Does the Metaverse herald the end of social media?

A perfectly legitimate question that could “concern” all actors who use social networks: Do the metaverses mean the impending end of social networks?

Whether brands, companies or even influencers, for whom social networks are simply spaces or fields of work. All the more for influencers, who are direct levers in terms of visibility for them.

Many actors like agencies like Netino from Webhelp, will see new business and support opportunities to better leverage the Metaverse. We can emphasize that Future of Community Management within the Metavers, but also all players in the fields of social media, advertising and e-commerce in a broader sense.

The disappearance of social networks!

I would be tempted to say very likely, but I highly doubt that channels as we know them today, like Facebook, have done nothing to invade the Metaverse. Facebook made it their own brand image, I think others will follow. A disappearance of what we know, but a Migrate to Metaverse would be more obvious. 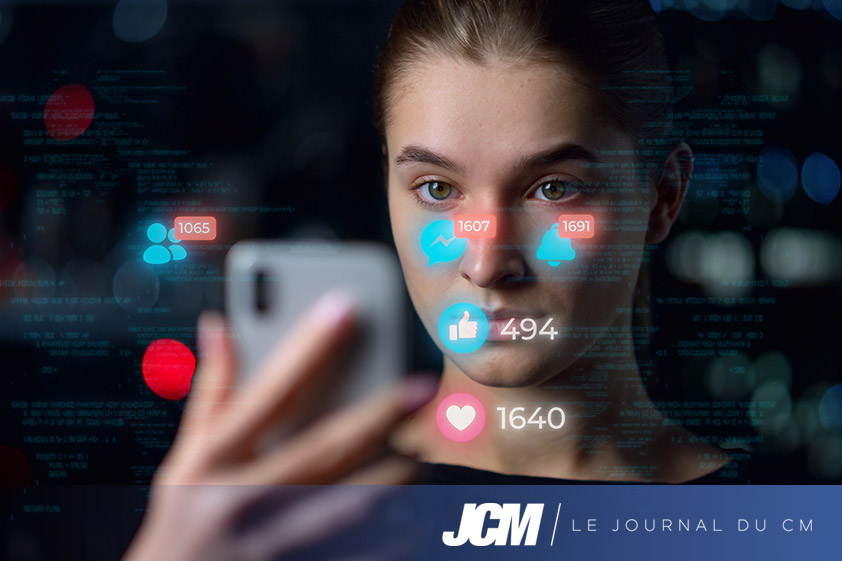 As ? it has yet to be defined, but it can be the object of a network within the network, where it is no longer a question of creating a simple account or page, but almost a world of its own. Community management will no doubt be richer for brands if this opportunity proves itself. At the same time, it will be interesting to see how Moderation in Metaverse is managed; a great new challenge!

Will Virtual Reality make the difference?

Why such a question? Simply because they are universes where interactions prevail, with content shared on both sides, but a livelier and more tangible form on the metaverse side. Keeping it virtual, reality created from the ground up offers a clear advantage here. If you ever tried Virtual Reality Headsetyou should understand a bit more about the phenomenon.

If a migration of brands, companies, etc. takes place only slowly over the years, this will be an unmistakable sign. Everyone is waiting for their next one to know how they will take advantage of the metaverse and business without a doubt. But when the potential is there, the horses will undoubtedly be unleashed!

We can also wonder how the smartphone will play a role and whether connections via virtual reality headsets will be possible. A means that would make it possible to offer nomadic experiences, at least for professional use.

Facebook was therefore a pioneer with the acquisition of Oculus, because nothing was due to chance in terms of chance the future of the metaverse. I’ve been repeating it for a few months, the Metaverses aren’t new, but a continuation of what we saw in 2003 with Second Life and Sony with its PlayStation 3, which had also recreated its own universe accessed from the console could.

In my opinion, however, the virtual reality headset will make all the difference. The Metaverse will therefore in turn be a professional tool and a recreational universe that people can escape to.

The migration of brands and influencers to the Metaverse

That emerging social networks always attract brands and influencers, if only to diversify its presence and meet consumer needs and expectations. The TikTok network has clearly demonstrated that it can do this Flagship network of influencers ; Instagram, and that in a short time.

Like any novelty or decent innovation regarding digital channels, that’s where the Metaverse is born! Social networks are tools that quickly show their limitations compared to Metavers. These not only make it possible to exchange ideas, to share, to get involved, but in one 3D world if I may say so. It will no longer be about creating an account or a page, but maybe a world in the long run.

That alone is enough to say the end of social networking is near, but nothing to say they don’t have a secret boot and an innovative way to get there Connect to Metaverse. Both brands and influencers have a vested interest in being on the alert on this topic.

Facebook largely pioneered it, buying Oculus and migrating its “network” entirely to Meta.

We can well assume that anticipation passed smoothly Mark Zuckerberg and his teams for several years with a clear vision have brought us this far. For the other players, the future is playing out now, because whatever people say, users won’t be able to split themselves between all these digital spaces indefinitely.

Influencers will undoubtedly play big cards and there is no doubt that brands will be watching very closely! We can imagine that too level of creativity that will emerge, as will the services that will emerge to create fully bespoke universes. A migration will happen quickly if the potential is there and both brands and influencers see it as a huge playground.

The metaverse hasn’t given us everything yet, and especially all its obscure facets as well as its quintessence. When the virtual reality headsets come close to perfection and offer total immersion, there is no doubt that the audience will be there and react to the appointment.

We finally want to close with Wait & See, because so far it remains speculation, but with a real open window, among other things, on the future of consumption.

We use cookies on our website to give you the most relevant experience by remembering your preferences and repeat visits. By clicking “Accept All”, you consent to the use of ALL the cookies. However, you may visit "Cookie Settings" to provide a controlled consent.
Cookie SettingsAccept All
Manage consent

This website uses cookies to improve your experience while you navigate through the website. Out of these, the cookies that are categorized as necessary are stored on your browser as they are essential for the working of basic functionalities of the website. We also use third-party cookies that help us analyze and understand how you use this website. These cookies will be stored in your browser only with your consent. You also have the option to opt-out of these cookies. But opting out of some of these cookies may affect your browsing experience.
Necessary Always Enabled
Necessary cookies are absolutely essential for the website to function properly. These cookies ensure basic functionalities and security features of the website, anonymously.
Functional
Functional cookies help to perform certain functionalities like sharing the content of the website on social media platforms, collect feedbacks, and other third-party features.
Performance
Performance cookies are used to understand and analyze the key performance indexes of the website which helps in delivering a better user experience for the visitors.
Analytics
Analytical cookies are used to understand how visitors interact with the website. These cookies help provide information on metrics the number of visitors, bounce rate, traffic source, etc.
Advertisement
Advertisement cookies are used to provide visitors with relevant ads and marketing campaigns. These cookies track visitors across websites and collect information to provide customized ads.
Others
Other uncategorized cookies are those that are being analyzed and have not been classified into a category as yet.
SAVE & ACCEPT